Soon To Be Rolled Our Facebook News Feed-What To Predict From It?

You have probably noticed the news by now, that there is a big change coming in Facebook News Feed again, and it wants to focus on “friends and families“.

As Mark Zuckerberg’s core Facebook is mainly focused on well being of people, connecting friends and families worldwide, but in recent years, this focus has been shifted to businesses, brands and media posts.

Now Facebooking is going back to its roots. As Zuckerberg notes that “it’s easy to understand how we got here, there’s been an explosion of video and other types of public content that has exploded on Facebook newsfeed in recent years.” Because of it, he said that “the balance of what’s in News Feed has shifted away from the most important thing Facebook can do — help us connect with each other.”

Now, why not to look into his concerns as a user to understand his view on Facebook news feed with our own experiences?

Running out of space

There’s nothing bad about this, but it reveals an obvious absence of ad space availability. Facebook News Feed marketing is accessible to everyone. In return, it has given us wide range of platform of targeted ads. But think what: it’s not having enough ad space, time and, at some point, tolerance. This brings us to point two.

The policy of Facebook advertising, as described above, has also given the scope of fake news and a decline of civilised discussion, resulting in a global impact. We all know what it means, there’s no need to intricate here. The so-called famous ‘Digital Revolution’ has ultimately proved that it is a sinister one.

CEO Zuckerberg has openly acknowledged problems wrought by the technology, including misuse and abuse of the platform, which has raised the diffuse of hate-filled content and misinformation. Facebook has made a lot of steps to seal out the fake news, but their results are mixed. And this results in Facebook, in serious need to re-balance, repurpose, and change it before it becomes worse.

Who Got the Advantage

Facebook is not limited or desperate, but quite the reverse. Instead, I would urge you to merge points one and two. Lack of ad space and misinformation. In other words, Facebook wants to help only what is necessary and exciting to its users. Moreover, those who want to advertise, have to be competitive for a place in Facebook News Feed.

Facebook is a mass media. Now that bringing, friends and families closer together, those who are able to interject this tight-knit News Feed, will be the winners. Facebook’s got the advantage and will open the gates to those who are willing to pay a lot for it.

As the Post Reach, traffic and video watch time has been in a steady decline for quite a long time, many marketers have diversified their marketing strategy from Facebook and, using other platforms such as Google Ad, Apple News, Snapchat, Instagram and Twitter.

Another downgrade in the news feed is likely to accelerate marketers to move away from Facebook though it conflicts considerably with Facebook’s public stance, about how it’s trying to help marketers and publishers on Facebook Journalism project, that Facebook launched to help and support publishers’ business models.

Now it depends on you which platform you are going to use for your next marketing strategy; because it depends on the advertising budget, business strategy and nature of your business.

But Facebook will be there as a mass media and you should not close the door of Facebook based on our predictions until its final launch of one of its kind, modified News Feed that Mr. CEO is ultimately going to present us. 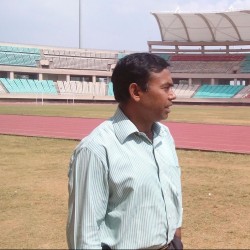 Stalk me
Samik
Founder at Home Biz Wave
Samik is the founder of this website, and this is a bit of copy about him. He studied engineering and proceeded to work in a fast, upscale environment assuring his employer delight. Passionate about home-based online business. With encouragement from his mother and relatives, Samik started his http://www.homebizwave.com in 2012. He is a growth hacker, Writer and Project Manager. Always keen to learn the best ideas on marketing things and share thoughts among amazing home-based entrepreneurs. He also runs an online shopping site https://wowshopz.com/

Stalk me
Latest posts by Samik (see all)

Want to get
UPDATES AND PODCASTS
straight to your inbox?